Although coronary artery bypass grafting (CABG) was the gold standard for left main coronary artery disease (LMCAD), percutaneous coronary intervention (PCI) has proved to be non-inferior in all aspects, a world-renowned cardiologist said.

Dr. Gregg W. Stone, director at Mount Sinai Heart Health System and co-director of the Cardiovascular Research Foundation, emphasized the importance of both PCI and CABG as well as the significance of the heart-team approach at TCTAP & AP VALVES 2020 VIRTUAL which kicked off online Aug. 6 due to the COVID-19 pandemic.

Following his TCTAP & AP VALVES 2020 lecture, Stone received the 10th TCTAP “Masters of the Masters” Award on Aug. 7 for his achievements in the field of interventional cardiology and his contribution to TCTAP over the years, conference organizers said.

Fierce ongoing cardiology debate over PCI vs CABG in LMCAD

LMCAD is one of the most important topics in cardiology as the left main coronary artery supplies more than 70 percent of the left ventricular myocardium. LMCAD ranges from simple to complex disease and involves everything from distal bifurcation to 0-3 vessel coronary artery disease.

For many decades, CABG was the gold standard for LMCAD. That is - until the SYNTAX trial.

“Things started to change with the SYNTAX trial,” Stone said at TCTAP & AP VALVES 2020 VIRTUAL. “SYNTAX randomized patients with either triple vessel or LMCAD to either CABG or PCI with first generation TAXUS Express paclitaxel-eluting stents - but the outcomes were quite different.”

According to the results published in Circulation in 20141, investigators randomized 1,800 patients to either a PCI group or a CABG group. The unprotected left main cohort (n=705) was predefined and powered.

Further analysis showed that stroke significantly increased in the CABG group at 4.3 percent versus the PCI group at 1.5 percent (HR 1.82, 95% CI 1.28-2.57, P<0.01). MACCE were similar between the two groups in patients with low to intermediate SYNTAX scores but significantly increased in the PCI group when patients had SYNTAX scores above 33 points.

“We learned that - for PCI in particular - the SYNTAX score has a tremendous effect on outcomes,” Stone said. “In LMCAD patients with low to intermediate SYNTAX scores, the MACCE event rates were almost identical between PCI and surgery, and - in fact - mortality tended to be lower.”

PCI just gets better and better - CABG improves, too

“Procedures got better since SYNTAX. Equipment, techniques, and thin strut stents with biocompatible or bioabsorbable polymer advanced as well,” he said.

“Pre- and post- procedure guidance with either physiological lesion assessment and/or intravascular imaging also became available. The pharmacotherapy got better, and we got better at selecting the right patients,” he added.

However, it wasn’t just PCI that improved in leaps and bounds - CABG also continued to improve, Stone said, and this set the grounds for the landmark - albeit one of the controversial - clinical trials in 2019.

Stone led the research for and published one of the most recognized cardiology papers that is the EXCEL trial, which was published in the New England Journal of Medicine (NEJM)2 on Nov. 2019.

With EXCEL, Stone zoned in on the PCI vs. CABG debate in light of the recent technological and medical advances of both procedures. In particular, the EXCEL team sought out the results regarding the long-term outcomes of PCI and CABG of death, stroke and myocardial infarction.

As the largest randomized trial to date on patients with unprotected LMCAD, EXCEL proved that there was no significant difference between PCI and CABG even at five years, Stone said.

“When we looked at the primary five-year endpoint according to a whole number of pre-specified subsets, there was no difference in relative outcomes such as diabetes or left main bifurcation or trifurcation, which was found in about 80 percent of patients,” Stone said. “There was also no difference regarding additional non-left main disease. Even with triple artery disease, the outcomes were very similar.”

“Similarly even with the SYNTAX score assessed by the core lab, there was no significant difference between CABG and PCI with EES according to low and intermediate versus high SYNTAX scores. So there were no interactions with any subgroups that we were able to identify,” Stone clarified.

Without addressing the data manipulation allegation directly, Stone delved deeply into EXCEL data at TCTAP & AP VALVES 2020 VIRTUAL and explained the root of the problem, which arises from what he calls the “area where the PCI and CABG curves cross.”

Stone referred to the EXCEL finding wherein the outcomes were better with PCI early on but then plateaus whereas CABG outcomes are poorer in the beginning but improves incrementally to surpass PCI later, resulting in a “cross-over.”

“We can look at the area in between the curve, called the restricted mean survival time. This is the disease free burden that each patient is experiencing. If you’re going to have a complication, you’d rather have it early than late,” he explained.

Analysis shows, Stone said, that a five-day difference comes forth favoring PCI, but the outcomes are not statistically significant - indicating the disease free burden between PCI and CABG is similar. At 30-days, there was a 40 percent reduction in adverse events while death rates were low in both PCI and CABG. Stroke rates in hospitals were lower in PCI but after 30 days, the trend towards a 50 percent reduction was no longer significant.

“The big difference favoring PCI over CABG at 30 days was a reduction in large myocardial infarctions, particularly in ST-segment elevation MIs - and this was because the rate of stent thrombosis with XIENCE stent was very low: only 0.6 percent compared to 1.2 percent rate of symptomatic graft occlusion in the CABG arm. So the therapy failed higher, or more frequently, after surgery - compared to PCI - in the first month.”

“Major adverse events such as death, stroke, MI, ischemia-driven revascularization - which the surgical and interventional leadership of the EXCEL trial agreed was an important endpoint to track - as well as other endpoints such as TIMI major/minor bleeding, transfusion, major arrhythmia, renal failure, sternal wound dehiscence, sepsis, etc. were also tracked.”

“There was a marked reduction within 30 days regarding overall adverse events with PCI over surgery: 12.4 percent versus 44 percent, which was a 72 percent reduction - with almost all of these favoring PCI. Everyone knows PCI has less procedural morbidity than surgery but this quantitates it.”

“When looking at five year outcomes - it’s a totally different picture. Regarding death, stroke, and MI, the absolute difference of 2.8 percent is not statistically significant and there is no P value because NEJM doesn’t show P values for secondary underpowered endpoints.”

“It’s really beyond lapse of plausibility that these deaths are related to the procedure, most likely meaning its due to the play of chance,” he said.

“Regardless of whether you want to believe whether these differences are true or not, you can see the absolute differences over a five-year time perspective ranging from about one to seven percent are all pretty small. The differences between the procedures - even though they may exist - have gotten pretty minimal,” Stone added.

Driving the point home, Stone outlined how PCI and CABG came out even in a quality of life study conducted by EXCEL investigators.

“In the first 30 days, people felt immediately better right after PCI but worse after surgery. Surgery is a difficult procedure to go through,” he said. “But by one year and 36 months, quality of life becomes identical.”

“EXCEL is the outlier”

Regardless of the procedure chosen, LMCAD patients choose PCI or CABG to either prolong survival or to improve the quality of their lives, Stone explained.

Assuming both PCI and CABG result in an equivalent quality of life thereafter, everything comes down to the big question of death, which EXCEL had left up in the air with the cross-over finding.

Regarding this aspect, Stone boldly pointed out that “EXCEL is the outlier.”

“When looking at the underpowered secondary endpoints, it’s important to look at the totality of the data. In a recent meta-analysis including NOBLE 5-year, SYNTAX 10-year, EXCEL 5-year, PRECOMBAT 5-year, Bouxdriot-1-year data - with 4,612 patients and a mean 5.6-year follow-up - these showed absolutely no difference in mortality between PCI and CABG for LMCAD.”

“There was moderate heterogeneity (i2 = 42.9%) but this was all because of EXCEL. In fact, if EXCEL was removed, there would be absolutely no difference in mortality with a relative risk of 0.93 that slightly favors PCI but it would not be significant.”

“So EXCEL is the outlier. What makes the trial the outlier is the non-cardiovascular deaths from cancer and sepsis, which likely occurred due to chance.”

Addressing the sentiment that the efficacy and safety of PCI doesn’t last for more than five years, Stone pointed to two 10-year PCI studies: PRECOMBAT 10-year and SYNTAX 10-year.

Regarding the results, Stone explained that “PRECOMBAT 10-year results showed no difference in overall mortality, with maybe the point estimate slightly favoring CABG. You’ll note the curves don’t diverge at all at five or 10 years, so what you get early on is what you’re going to get long-term.”

“At SYNTAX 10-year you see absolutely no difference between PCI and CABG in mortality. In fact, its slightly lower for PCI,” he added.

“The bottom line is you have to have a heart team discussion with the patient to describe the fact that PCI and CABG for LMCAD are two very different procedures,” Stone summarized near the end of his session.

“At the end of the day, there are no significant major differences in long-term survival, MACCE (death, MI, or stroke) or quality of life - patients need to understand the difference between PCI and CABG.”

“Depending on specific clinical and anatomical characteristics of the patient as well as patient preferences, PCI or CABG may be more indicated for the patient - a decision that should be made by the heart team and the patient,” Stone concluded. 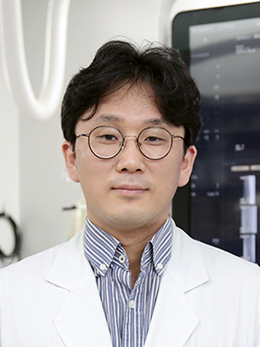 
Warning: mysql_fetch_array(): supplied argument is not a valid MySQL result resource in /home/virtual/summitmd/public_html/admin/inc/func_insidetopics.inc on line 123